Mental illness Is not a character flaw nor is it the result of one single factor or event.   Genetics, brain chemicals and structures, the environment and lifestyle are thought to play a role in the development of mental illness.   Like any other illness or disease, it requires treatment by medical/mental health professionals.

The following will present a summary of some of the most common categories of mental illness.

Depressive Disorders – more commonly referred to as depression, occurs in more than 19 million adults and nearly 10 -15% of the population have this diagnosis at some time in their lifetime (women are 2x greater risk then men).  Depression is not simply feeling sad or having the “blues”.   It is a serious mental health condition that requires professional intervention.  If left untreated the consequences can be devastating.   Common symptoms of depression include feelings of sadness, emptiness and hopelessness, changes in sleep and appetite, lack of concentration, loss of energy and lack of interest in activities.   Suicidal thoughts and recurrent thoughts of death are also common in depressive disorders.

Bipolar Disorder – consists of a pattern of manic episodes alternating with episodes of clinical depression impairing one’s ability to function.   Approximately 1% of the general population meet diagnostic criteria over the course of their lives.   Symptoms of mania include elevated or irritable mood, grandiosity (I am the President, Jesus, God) decreased need for sleep (full energy despite minimal sleep), over-talkative, fast speech, increased activity (doing a dozen things at the same time without finishing any), and reckless risky behaviors (overspending money, sexual promiscuity, gambling)

Schizophrenia Disorder – is a brain disease that affects 2.5 million in America.   About 1 in 100 people develop schizophrenia.   It is an illness that affects the way a person:  thinks (trouble concentrating or organizing thoughts, strange ideas, feels (inappropriate emotions or lack of emotions) and acts (problems taking care of themselves or bizarre behavior).  It tends to remain for life once it begins and to cause problems with day-to-day living.  We are not sure if schizophrenia is a single illness with one cause or several illnesses with different causes.   Heredity plays a role.  Brain chemicals and structure play a role.   Studies have proven that the brain of someone with schizophrenia looks and functions differently than someone without the disease.

Substance Use Disorder – is a disease that affects a person’s brain and behavior and leads to an inability to control the use of a legal or illegal drug or medication.  Estimated rates of substance use among the general population vary greatly.   Rates of substance use among people WITHOUT a mental illness is about 22% of the population.  Rates of substance use among people with mental illness is about 50% which is referred to as a co-occurring disorder).  Substance use or dependence is viewed by the medical community as an illness and is treatable.   This means that it is NOT viewed as a moral weakness, nor just a habit nor something that the individual can control.   Both substance use disorders and mental health disorders have biological, psychological and social components.   Co-occurring disorder may vary among individuals and in the same individual over time.   Both disorders can range from mild to severe, and one disorder maybe more prominent than the other.

When trying to cope with mental health issues a good place to begin is education.   Knowledge is power.   For anyone interested in learning more – below are some videos (free and readily available on-line):

NAMI –  the National Alliance of Mental Illness is the nation’s largest grassroots organization dedicated to building lives for the millions of Americans affected by mental illness.  NAMI provides advocacy, education, support and public awareness. They offer family groups, peer to peer groups, campus clubs for students and much more.

A little about the author:  I am a Certified Therapeutic Recreation Specialist.  I have a Masters in Recreation and Park Administration with an emphasis in Therapeutic Recreation.   I have worked in the field for over 40 years.  I also have served as an Adjunct Professor at both Montclair and Kean University for over 25 years.   I have also served on numerous professional boards and committees through my career.  At present, I am Chief of Therapeutic Services at Essex County Hospital Center, an adult inpatient hospital and oversee all therapeutic activities and schedules.   I can honestly say that it has truly been an honor and privilege to have worked so many years serving individuals coping with mental health issues.   I believe I have learned far more than I could have imagined.  This work has made me a better person by increasing my capacity for empathy, patience and compassion and had redefined the term resilience.   This challenging work has provided me with the highest rewards.

May is Mental Health Awareness Month – Let’s embrace it and do something about it! 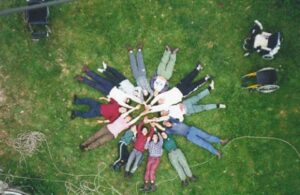